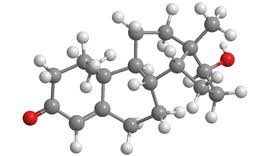 Prolintan has amphetamine-like effects and structure, is also a norepinephrine and edopamine reuptake inhibitor and has been studied to improve cognitive function. Prolintan is a weak stimulant with a low risk profile, has low peripheral activity and therefore is not particularly effective as an ergogen. In fact, some studies show that it is less active than ephedrineanello in stimulating heart activity and bronchodilation. However, there is limited information available about this connection.

Sibutramine is sold in Italy as Reductil and in the US as Meridia. Sibutramine is used in combination with a low-calorie diet to help you lose weight and maintain weight. it is an anorepinephrine serotonin reuptake inhibitor, structurally derived from amphetamines, albeit with a different effect. Its activity is more similar to that of antidepressants than stimulants, for this reason it is used in therapy for weight loss, since it suppresses appetite without the side effects of amphetamines, this is due to the influence of the slightest effect on the dopaminergic system (responsible for many side effects of amphetamine, and also addiction) and for a stronger effect on the serotonergic system (responsible for controlling the typical mood of depressive plants).

Although it is safer compared to amphetamines, it poses several potential risks for heart problems such as heart attacks, arrhythmias, hypertension, and pulmonary hypertension. Several suspicious deaths have temporarily caused this substance to be removed from the market. Lasibutramine is usually used at a dose of 10/15 mg per day, taken in the morning.

While sibutramine is less effective as an ergogen than amphetamines, it is a dopant as a stimulant and has been shown to be positive in doping tests, among which we mention footballer Mutu in 2010.

Adrenaline or adrenaline is a natural substance produced by the adrenal glands from tyrosine. This substance is used by the sympathetic nervous system in response to emergencies, termed “fight or flight”. At the systemic level, its effects include: gastrointestinal relaxation, bronchodilation, increased heart rate and systolic volume (and therefore cardiac output), deviation of blood flow to muscles, liver, myocardium and brain, increased glycemia, glycogenolysis and lipolysis .

Epinephrine is used in therapy, in particular the L isomer, which is produced by the body, as a decongestant for the nose and is used in the eyes for glaucoma and for lowering intraocular pressure, and such use is not prohibited by anti-doping laws. This substance is a peripheral sympathomimetic agent because it does not easily cross the blood-brain barrier, it is also inactivated when taken orally due to first-pass metabolism, and has a short duration of action due to reabsorption and rapid metabolism by the body. It is also used for shock and anaphylactic reactions, and for cardiac arrest through intramuscular, intravenous, subcutaneous and intracardiac injections. Potential side effects of systemic use are anxiety, palpitations, tachycardia, arrhythmia and hypertension.

Obviously, if the use of decongestants is permitted by anti-doping rules, adrenaline injections are prohibited as they can alter the athlete’s ability.

Cathina and Cathinone are two alkaloids present in the Hut plant, originating from the Horn of Africa. These substances, of which cathinone is the most active, are sympathomimetics with effects similar to amphetamines, albeit with less activity. Kata is chewed for its tonic effect, and it is customary to take it to feel less tired. Cathinone and cathine are considered anorectic substances because they suppress appetite and promote endurance and physical activity. Based on the structure of cathinone, in recent years, several drug designers have been created that are not yet included in the drug tables. In practice, with appropriate modification, the cathinone structure generates molecules with MDMA-like activity. According to the current anti-doping rules, the intake of these substances is prohibited if the concentration in the urine exceeds 5.