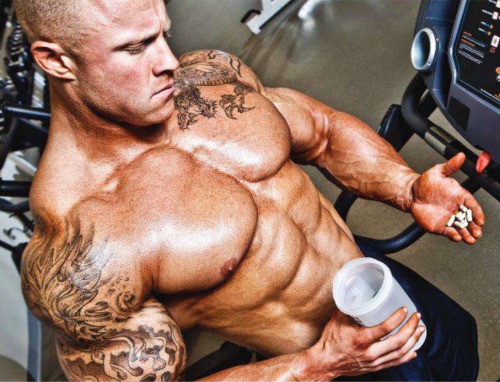 Growth hormone is an essential substance for human development and growth. It affects many aspects of metabolism such as protein synthesis, anabolism and tissue regeneration, and also determines the increase in lipolysis and inhibition of glucose metabolism.

Growth factor is a hormone of protein nature capable of stimulating cell proliferation and differentiation. The main function of growth factors is the external control of the cell cycle, which determines the transition from the dormant state of the cell (phase G0) to the growth phase (phase G1). In addition, these substances are able to regulate mitosis (the process of cell doubling), proliferation, survival, migration, maturation and differentiation of cells.

The action of these hormones develops through interaction with specific transmembrane receptors with tyrosine kinase activity, which allows you to activate numerous cellular enzymes.

The action of growth factors through its receptors also underlies the expression of the so-called protooncogenes, that is, genes that, under physiological conditions, control cell proliferation, while under conditions of mutations and overexpression, they are supporters of neoplastic tissue transformations.

These substances, in addition to natural production by the body, can be used as a medicine for the treatment of certain diseases in which one or more of these factors are absent (replacement therapy), or conditions under which it is necessary to stimulate the metabolic process activated by one of these proteins. One example is pituitary dwarfism (a special form of reduced bone growth due to a lack of growth hormone), which is treated with recombinant growth hormone.

It is obvious that substances with such important properties as cell proliferation and trophism can be used in the sports field to activate the growth processes of certain tissues, such as tendons and muscles, therefore, improving human physical capabilities. Consequently, anti-doping regulation prohibits the use of substances of this kind and substances with a similar effect.

Also in this case, the short half-life of proteins and the lack of characteristic metabolites pose enormous difficulties in identifying the possible illegal use of exogenous substances of this kind.

Nowadays, properly processed platelet growth factors are also used as an anti-aging (anti-aging) aesthetic therapy, as the effect of these substances on skin tissues can restore skin elasticity, hydration and radiance.

After taking a blood sample, you can separate the various components according to their molecular weight using centrifugation. This separation allows growth factors to be accepted, as they are clearly distinguished from other cellular components. They are then processed and activated in the laboratory, and then applied by injection (as for fillers or botulinum) in the area where rejuvenation is required.

These growth factors are responsible for wound healing and the regrowth of damaged tissue. They are obtained from their own blood and therefore pose no risk of infection, rejection or immune reactions.

Growth factors in orthopedics in the treatment of soft tissue injuries

Based on research highlighting the crucial role of platelets in tissue repair, treatments using platelet growth factors are currently being tested. also in the treatment of soft tissue injuries.

While there is little research on this topic so far, it shows more than encouraging results. In fact, some studies on the use of growth factors in the treatment of injuries have found improvements in tissue repair equal to 30%, with an increase in tendon strength over a period of six to twelve months. (Aspenberg, Taylor). It is also suggested that the mechanism of tendon repair may be indirectly facilitated by the rapid resumption of mechanical stimulation of the tendon itself due to the use of the aforementioned growth factors that accelerate recovery (Virchenko).

It is well known that tendons have a low metabolic rate, which is not conducive to rapid recovery in the event of injury; for this reason, the fact that it has been demonstrated, however, how growth factors can stimulate tendon repair by increasing local cellular activity, angiogenesis and reducing fibrosis responsible for tissue changes is of significant clinical interest. which make damaged tissues less effective, thereby reducing the recovery time from tendon injuries by more than 30%. Taking into account also the good results obtained with local autologous blood injections for the treatment of medial epicondylitis (Suresh), it has been suggested that growth factors may represent a revolutionary treatment for these lesions, currently lacking in real and their own specific treatment.

Most of the tendon pathologies caused by sports injuries are tendinopathies, which can be treated with these new therapies based on local injections of platelet growth factors. These forms of accidents, which are difficult to treat with long recovery times, will greatly benefit from the development of this form of intervention.