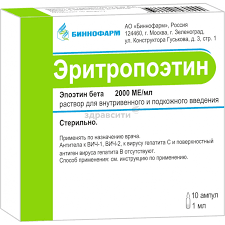 This process occurs after the action of erythropoietin, a hormone produced by the body that controls erythropoiesis.

The presence of red blood cells is fundamental for the transport of oxygen in the body, therefore, it is able to pharmacologically interfere with the regulation of the synthesis of these substances. cells allow the athlete to improve their energy production skills. 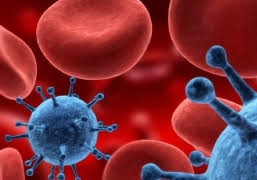 Over the past 20 years, many substances have been synthesized that can interact with this biological process. These compounds soon became a tool for improving performance in endurance sports. Consequently, the Olympic Committee has banned the use of any substance capable of stimulating erythropoiesis.

Erythropoietin is a glycoprotein hormone produced by the kidneys and partly by the liver, which is responsible for the production of red blood cells (erythropoiesis). This substance is used to treat numerous forms of anemia, in particular those caused by poor erythropoietic response caused by chemotherapy, or used as replacement therapy for certain kidney problems.

Erythropoiesis is controlled by a feedback mechanism through which the kidney is able to detect changes in the release of blood by oxygen in the tissue. If this process is reduced, the kidney intervenes by increasing the secretion of erythropoietin, which activates the production of red blood cells responsible for oxygen transport, stimulating erythropoiesis in the bone marrow, activating erythroid precursor cells.

Glycosylation of erythropietin is important for prolonging the life of the hormone, but not for its activity.

The role of EPO in the protection and recovery processes of the nervous system. In fact, various forms of EPO receptors are expressed in the nervous system and in other tissues, the activation of these receptors determines the neuroprotective effect, since, apparently, it reduces neuronal apoptosis and promotes the formation of certain enzymes (NOS), is responsible for the oxygenation of neurons.

Erythropoietin also has a protective effect on the heart and kidneys.

However, it appears to be capable of increasing the risk of developing certain forms of cancer and the use of this substance can cause thrombosis and hypertension.

The cloning of human erythropoietin allowed the production of recombinant erythropoietin (rHuEPO), which was then introduced into therapy for the treatment of anemia.

The increase in oxygen transport achieved through the use of EPO is a factor of great importance in all aerobic energy endurance sports such as cycling and running. Transporting more oxygen to the muscles allows more energy to be produced and therefore more intense efforts to be sustained for longer periods. Taking erythropoietin can increase VO2max, increase lactic acid threshold, increase energy efficiency, increase oxygen consumption and improve cellular respiration. For this reason, EPOs are used by endurance athletes, in fact the sports with the most positive cases for this substance are cycling, athletics, skiing and triathlon. However, athletes in disciplines with mixed energy commitments such as team sports can also benefit from the use of EPO while also improving endurance and recovery skills on the field.

Overuse of this hormone can increase the hematocrit to the point that it causes polycythemia, a condition in which the number of red blood cells is abnormally high. This condition makes the blood especially viscous, increasing the risk of coagulation to detect cardiac arrest, especially during sleep, when the heart rate naturally decreases, in these conditions, blood pumping can be reduced to stop the heart. Several athletes died of heart attacks for unexplained reasons, but with an extremely high concentration of red blood cells in their blood. In addition to heart damage, excessive blood density can lead to capillary blockages and stroke.

The birth of synthetic EPO and the first forms of exogenous control date back to the early 1980s with the development of biotechnology.

Various forms of synthetic erythropoietins have been created: they all have the same amino acid sequence, but have different glycosylations, which are expected to alter their metabolic time. In addition, other forms of this substance are being studied, including EPO-mimetic peptides, which do not represent the entire amino acid sequence of erythropoietin, but mimic its activity. Various forms of erythropoietin are the success of biotechnology, they are an example of how biotechnology can generate extremely effective innovative drugs.

Human EPO has a 165 amino acid chain with three N-glycosylations and one O-glycosylation, while the synthesis of erythropoietins shows some differences in size, total amount, degree of branching and glycosylation position. In addition, human EPO and synthetic EPO also differ in the presence of variable amounts of sialic acid (up to four) for each of the three linked carbohydrate N-chains and up to two sialic acids in one carbohydrate O-chain.

Summary diagram of different levels of glycosylation of epoetins (skibel)

All erythropoietins are active for several hours and are traceable for several days, however, their action causes an increase in the number of red blood cells over several weeks, so it immediately becomes clear how easy it is to bypass anti-doping tests. Despite the difficulties in detecting this hormone, cases of positivity, especially among cyclists, are still numerous.

In a further attempt to discourage doping based on indirect indicators of erythropoiesis, the so-called “hematological passport” created by re-measuring hematological markers such as hemoglobin, hematocrit, reticulocytes and STFR. Typically five or more measurements define specific reference ranges. Sudden changes in one of these parameters, such as an increase in hematocrit of 10%, may indicate exogenous manipulation. This strategy is capable of detecting doping in several ways, including transfusion. However, even this approach is not devoid of criticisms that highlight the possibility of false positives.

Athletes use EPO at a dose of 25/100 IU / kg body weight every 1/3 of the day. by subcutaneous injection for 2/8 weeks with iron supplementation to maximize erythropoiesis.

Active for 20 hours, sold with the name Eprex and Binocrit.

Active for 24 hours, sold as NeoRecormon.

Epoetin δ is the first form to be derived from human cell culture, so it has the same glycosylation as natural EPO.

Darbepoetin is an amino acid chain slightly different from erythropoietin, since 5 amino acids are replaced, it is also more N-glycosylated, meaning it is linked to two other oligosaccharides at more different positions with the amino acid nitrogen.

This is a second generation erythropoietin with greater stability in body fluids, with a longer duration of action and the same activity, therefore, it requires less administration. In fact, it is active for 50 hours. This substance was approved by the FDA in 2001 for the treatment of anemia due to kidney failure and is marketed under the brand name Aranesp.

In 2002, three skiers were disqualified during the Winter Olympics because they tested positive for darbepoetin alfa.