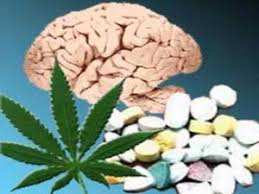 Drugs are a class of different substances, natural and synthetic:

The following substances are prohibited under current anti-doping laws:

Thus, not all drugs are excluded, but only those that have a higher activity, in fact codeine, dextromethorphan, dextropropoxyphene, dihydrocodeine, for example, diphenoxylate, ethylmorphine, folcodine, propoxyphene, tramadol and thebaine.

Morphine is the main alkaloid of opium, used in medicine as an analgesic for the treatment of acute and chronic pain. It acts quickly, after a few minutes, if administered parenterally, intravenously or subcutaneously, administered orally, you need to wait 20 to 60 minutes before you feel its analgesic effect. The dosages commonly used for pain relief are 10 mg by injection and 20/40 mg by mouth.

Morphine remains the most commonly used analgesic for the treatment of severe pain. euphoria and well-being, mental withdrawal, and nausea and vomiting may be among the effects caused by its use. In addition, daily use of morphine for several weeks can lead to addiction.

Morphine is by far the most commonly used drug by athletes, with over 50% of positive drug tests being morphine. 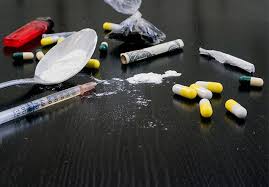 Oxycodone is a synthetic opioid derived from codeine used to treat severe pain of cancer origin or uncontrolled NSAIDs. It is currently sold alone (OxyContin) or in combination with other analgesics such as paracetamol in compounds such as Depalgos. This substance is considered a minor drug because it has a similar potency to morphine.

While oxycodone is considered an amazing substance, it can be bought online through sites located in developing countries that have less stringent drug regulations. Oxycodone is the second most used drug in athletes after morphine.

Hydrocodone is known to the general public for its use / abuse. Dr. House in the famous TV series with Vicodin. Rapper Eminem also said that he was recovering from Vicodin addiction. Like oxycodone, hydrocodone is a synthetic acodeine derivative with similar properties and is used even if it is less potent.

Fentanyl is a synthetic opioid with a narcotic effect, 80 times more potent than morphine, with a rapid onset and short duration of action.

In therapy, it is used as an anesthetic before surgery to allow pain relief in intensive care units in patients undergoing assisted ventilation. In addition, fentanyl is often used to treat cancer and other chronic conditions due to its effectiveness in reducing pain.

Fentanyl transdermal patch (marketed as Durogesic) is used in the treatment of chronic pain. The patch results in a sustained release of fentanyl into body fats, which then slowly release the drug into the bloodstream over 48-72 hours, providing long-term pain relief. It is also useful for severe episodic pain for those suffering from bone injuries, low back pain, neuropathy, arthritis, and some other examples of chronic non-cancerous pain.

Fentanyl rose to prominence in the 90s as a street drug known as “white china”, the spread of which has resulted in numerous deaths from respiratory failure. The very high activity of this substance easily leads to an overdose and, as a result, death, since the lethal dose is very low, and when using products whose concentration is never known, since they are purchased illegally, it becomes much easier to mistakenly accept the incoming doses. … to the deadly. In addition to the danger of overdose, this substance has many side effects such as nausea, vomiting, cognitive impairment, urinary retention, bilious colic, respiratory depression and the risk of addiction.

Due to its very high power, it is difficult for athletes to use, as it is especially difficult to manage their side effects, and this entails the risk of impaired physical ability.