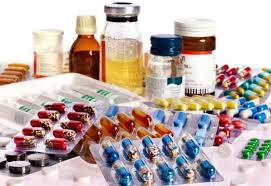 This steroid was synthesized in the 60s and used to treat breast cancer, but due to the high side effects resulting from its use, it was soon withdrawn and is now being offered again on the black market. produced by clandestine laboratories.

The high androgenic activity makes this steroid especially dangerous, it is also very hepatotoxic, it aromatizes into estrogens that are more active than estradiol, and it is reduced to dimethyl DHT, which is also more active than DHT, strongly suppresses the HPTA axis, promotes prostatic hypertrophy gland and has all the side effects of testosterone to a much greater extent.

Bolasterone is used at a dose of 5/100 mg per day, in re High information on the use by athletes is very small, since the very strong side effects make it very dangerous and therefore underutilized, despite its enormous anabolic potential. 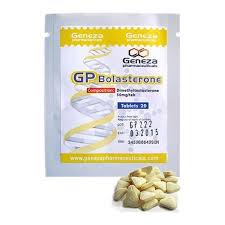 Boldenone is a veterinary steroid used primarily for racehorses (hence the commercial name Equipose dellaforma undecilenata of boldenone), designed to deliver a long-acting injectable form of methandrostenolone. Compared to latetosterone, this substance has a second double bond on the A ring.

This substance has anabolic properties similar to testosterone and half the androgenic properties, the A: A ratio is exactly 100: 50. It has a slight hepatotoxicity and aromatizes for this reason alone, it is considered a steroid with moderate side effects.

Boldenone is esterified with various substances to create compounds that slowly release the substance over time, currently acetate, propionate, cyclophenylpropionate and undecylenate (equipose) esters are produced, but others can be created, the size of the ester determines the release time, which varies from 2 to 15 days, increased for the aforementioned esters.

Consumption of boldenone determines a slow but steady increase in muscle mass, which usually lasts well at the end of a cycle. Doses used range from 100 to 600 mg per week.

Clostebol is an injectable steroid, it is a testosterone molecule with a 4-chlorine substitute in ring A. This substitution determines the inability to be reduced to DHT by 5α-reductase, therefore, it has very few typical side effects of this metabolite (they are not completely absent, since testosterone is also partially responsible) such as acne, alopecia, and prostatic hypertrophy. It is unclear if it can aromatize if it does, however it does so to a moderate extent, so the effects caused by this transformation are insufficient, so it suppresses large amounts of testosterone and other steroids in the HPTA.

Clostebol has a moderate activity profile A: 45:25, so it is not a particularly strong steroid, it will last for about 3 months and remain active for 2-3 days, therefore requires frequent injections, athletes use 50/100 mg every 1 or 2 days.

Sold under the name Megagrisevit Mono, this steroid is rarely used by athletes because it is not very active.

It should be noted that clostebol is contained in a cream for abrasions (trophodermin) and therefore it is possible to take this substance simply with the aforementioned cream, it is not known whether the use of this medication can have anabolic effects, however, it can give a positive result on anti-doping tests. so much so that since the cream is used for specific vaginal problems, it has been tested that sex with a woman who has used the product can produce positive results. the use of the cream can also promote fat loss at the sites of its distribution, as in the case of trans-dormant testosterone, but there is no evidence to support this.

Dimethandrolone or Dimethylnortestosterone is a new oral steroid derived from nandrolone, methylated at positions 7 and 11. Double methylation makes it a very powerful anabolic / androgen. There are two forms of this substance: free and non-cyclized, more active in the A: A ratio of 2200: 300. This substance is especially active as both an androgen and a progestogen, in fact it is much more potent andrandrolone and is being studied as a possible male contraceptive agent, since it significantly suppresses the HPTA axis, suppressing sperm production, in fact, substances with androgenic and progestin activity are considered the best male contraceptives, since they are able to block spermatogenesis.

Dimethandrolone also does not aromatize, since methylation at position 11 blocks aromatase, so it has no estrogenic effect, it does not recover to DHT, so it has little effect on prostate and hair loss, and it is also not very hepatotoxic. Basically it appears to be a particularly effective anabolic, with side effects limited to HPTA axis suppression and subsequent action.

Since such a new drug, it is difficult to find news about the use by athletes in terms of dosages and methods of administration, however, it is likely that it has already entered the arsenal of drugs used, in particular by bodybuilders, who are always closely monitoring pharmacological innovations for development your muscle mass.

Drostanolone is a DHT derivative studied for the treatment of breast cancer, in fact it seems that it is this androgen associated with an anti-cancer agent that contributes to the regression of breast cancer chemotherapy. It works by blocking the estrogen receptor and preventing estrogen activation, and it also blocks aromatase.

This steroid does not aromatize, it results in mildly hepatotoxic and moderately decreases the HPTA axis, being non-privatized by DHT, it also causes alopecia and prostatic hypertrophy.

To summarize, drostanolone has anabolic activity, low androgenic activity (A: A about 60:25), has antiestrogenic activity and inhibits aromatase. These properties make this steroid unique in that it allows the athlete to gain muscle mass without water retention, acting in three ways: direct anabolic activity, decreasing estrogen activity and decreasing the conversion of testosterone to estrogen. Decreased estrogen also contributes to the loss of fat and muscle density, which is why this substance is also used by bodybuilders in the last weeks before a competition to improve muscle deformation.

Drostanolone is esterified with various substances for the preparation of injectable steroids with different durations of action, the most common being propionate, marketed as Masteron and Enanthate. The first is active for 2 days, and the second for about 7-8 days. Therefore, Drostanolon propionate must be administered every day, or no more often than every two days, in order to have stable hormone levels.

This steroid is used at doses between 200 and 600 mg per week and is rapidly excreted from the body and detected by doping tests for no more than a couple of months.